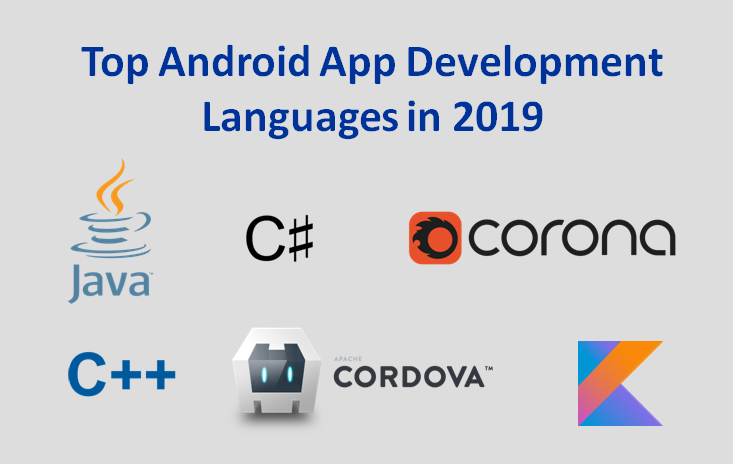 The most popular android app development programming languages are as follows

The Java platform is very strong, many languages has come and gone, but java stability has remain same.
It plays lead role in enterprise applications that’s why It has an enormous amount of developer and supports. As we know, android has seen remarkable growth per year and Java is the official language for Android developers.

Kotlin is a general-purpose, open-source programming language. It can be used to develop android apps, server-side apps and much more. It is a high level strongly, statically typed language and its code is more concise, readable and easy to understand. Its popularity has grown day by day.

In 2017, android team announced Kotlin as an official language for Android app development. After this announcement a large number of android users began adopting it.

C# is most popular language for both web and mobile applications. By using this we can build Android, IOS, windows mobile apps. It has added more new features in its version 8 release like Non-Nullable and Nullable Reference Types, New Lightweight Classes, Default Interface Implementations, Improved Extension Support, and much more.

C++ is standardized by the International Organization for Standardization (ISO), with the latest standard version ratified and published by ISO in December 2017.
As of 2018, C++17 is the name for the most recent revision of the ISO standard for the C++ programming language. It has gained many new features like Structured Bindings, Template Argument Deduction, Selection Initialization and much more.