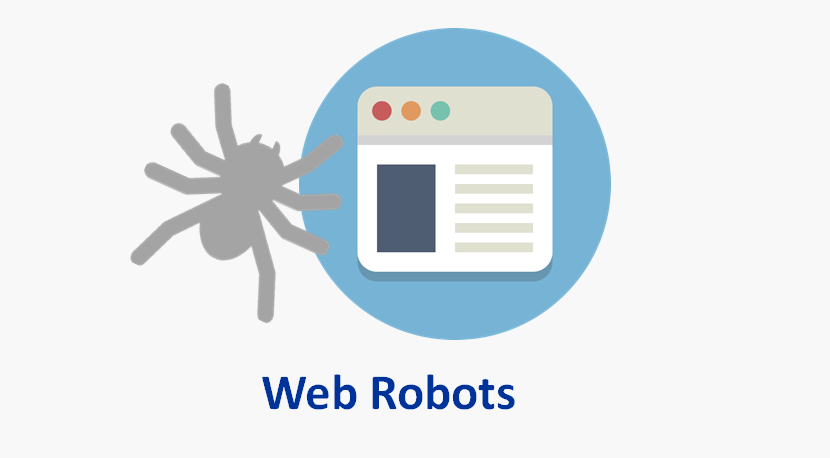 Web robots is an internet robot or simply crawlers, or spiders and do not relate this with hardware robots, as web robots and robots machine are totally different. Web robots is an automated program that runs script automatically over the web. It performs very fast that in beyond the limit of human rich. Software giant Google is the best example of this, as its crawler fetches and analyze the different web servers and show the information over the web to index the web page.

This is basically an application program, that execute rapidly over the web. The interesting fact is that most of the internet traffic consumed by this bot. If we talk in consumption ratio, only one fourth traffic is consumed by the human and rests are consumed by the bot programs.

There are many applications that work on web robots, some of them are –

We can write robots program in different programming languages like Python, C, PHP, Perl, Java, etc. The webmasters generally use robots exclusion standard or robots exclusion protocol to interact directly with web crawlers. They can regulate how robots crawl, access and index content, and serve that content up to users. They can also set the crawling behavior of different user agents by using ‘allow‘ and ‘disallow‘ keywords. These behaviors set on Robots.txt text file, which is placed in the root directory. This file tells search robots which pages you would like not to visit on search engines, for example –

The web robots is not always fruitful, but it can also spread malicious code that can harm the system, like malware, spam bots, email harvesters. Many malicious bot applications run continuously by hackers to steal the information over the web. This is also resulting the unwanted traffic over the internet. There are lots of software available to protect from such types of malicious robots.